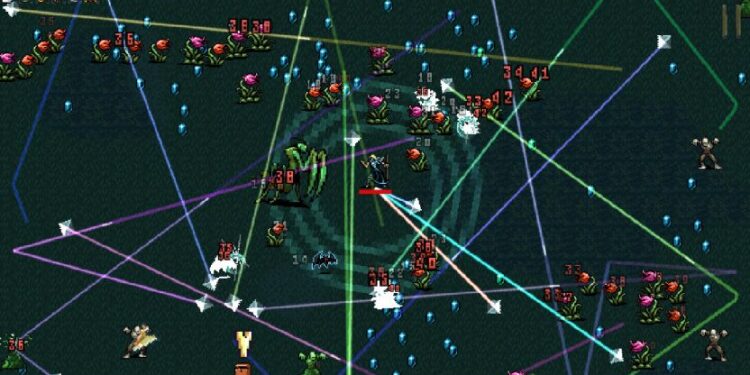 Unable to take screenshots of your valorant moments in Vampire Survivors? Well, taking screenshots is just a shortcut key away. The problem is when you try to post the screenshot on a Steam Hub post. Many players have been unable to post screenshots of their game on Steam Hub. For such moments, users do have the option to use a third-party image sharing and publishing service like Imgur. However, posting a screenshot directly from the game via Steam Overlay is obviously an easier process. As it happens, users are unable to use Steam Overlay with Vampire Survivors. If you are facing the same problem, stay with us till the end of this article for a solution!

Vampire Survivors is an indie video game created by Luca Galante, popularly known as poncle. According to reports, Galante had never expected the game to turn out this successful. Truly, the game is crafted very simple but most of us found it immensely addicting and satisfying. The success of the game went far enough for Galante to quit his job and focus on Vampire Survivors only. The action roguelike with elements of RPG scattered here and there have taken GC by storm. You get to start the game with one auto weapon, with swarms of monsters running at you. As you kill them, you will get to collect experience gems that drop from their dead bodies. You will be able to upgrade your weapons as you climb up levels and also carry more than one weapon. In addition to weapons, there will also be passive non-weapon items that will help you win the battle against your enemies.

How to take a screenshot in Vampire Survivors?

If you want to take a simple screenshot of a particular scene in-game, you could simply use Alt + PrintScreen shortcut keys; just make sure to past the screenshot on an editor app (for example, Paint) to save it. However, taking a screenshot this way will not allow you to post a screenshot on Steam Hub directly. For that, you will need Steam Overlay.

As it happens, many players have reported being unable to use Steam Overlay while playing Vampire Survivors. If you are one among them, don’t worry; there’s a workaround to fix the same. This workaround was suggested by a Steam user named “Sorano” and it seemed to work for most affected users.
Before everything, make sure you quit the game first. Next, open Steam Library, locate Vampire Survivors, right-click on it, and select Properties. In the General Tab, you’ll find Launch Options – type “–in-process-gpu“.
Also, check whether the Enable Steam Overlay while in-game option is enabled. Save changes before quitting.