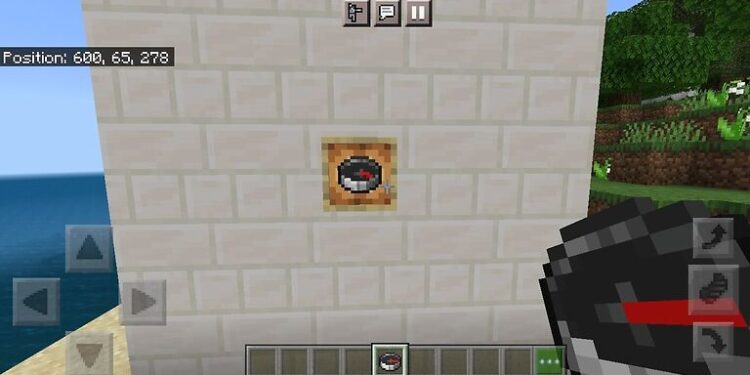 Have you lost your way towards Spawn? Do you want to know how to make a compass in Minecraft? Then take a look at the article below!

What is a Compass?

Compass was introduced in Minecraft in the alpha version 1.1.0. And it only serves one purpose that is to point towards the World Spawn. Every Minecraft world has a fixed spawn point, which has a total area of 15*15 chunks. The compass continues to point towards the World Spawn in the following situations- when it’s a dropped item when placed in an item frame, and in a crafting table. This feature can be very useful when a player decides to wander off into the wilderness. By using the compass, players can find their way back to spawn, potentially saving them from getting lost.

Also read: Minecraft iOS multiplayer not working in 2022: How to fix it?
How to get Command Blocks on Minecraft Playstation 4 (PS4)

How to make Compass in Minecraft?

The crafting recipe for a compass includes 4 ‘Iron ingots’ and one ‘Redstone dust’ arranged as shown in the picture above. The compass is a stackable item that can hold 64 in a single stack. A compass can also be found in chests that spawn in ‘Shipwrecks’ and ‘Strongholds’.

There is a 50/50 chance of finding a trade for a compass while trading with a librarian villager. The trade for a compass will unlock when the villager turns into an expert-level librarian. Players can also create an ‘Empty map’ by surrounding the compass with paper. A compass can also be one of the requirements for trades with the cartographer. For example, the cartographer might trade you a ‘Woodland Explorer map’ for 14 emeralds and a compass. The compass can also hold one single enchantment called ‘Curse of vanishing’. This makes the item disappear when dropped.

That is all the necessary information about the compass in Minecraft. If you want to know more Minecraft facts, visit ANDROIDGRAM.

What do Axolotls eat in Minecraft?

What is copper used for in Minecraft?

What is copper used for in Minecraft?