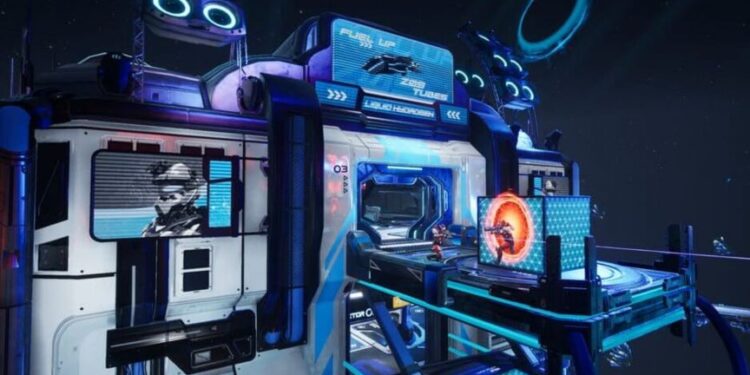 In-game achievements matter a lot for players. Some of them go to great lengths in order to achieve in-game trophies or achievements. These include hours of grinding and trying to utilize in-game bugs to their profit as well. The quests make the game more fun. Usually, players don’t explore an entire map and tend to be stuck in known locations. Quests make it necessary for them to explore new places to earn those achievements. Splitgate has included a number of easy but tricky quests which makes the game more fun. One of them is related to a portal kill, which happens to be quite popular.

What is a portal kill? Read this article to learn more about the key to becoming a trickster in Splitgate.

How to achieve a portal kill in Splitgate?

A portal kill is simple to understand: your enemy has to fall down to death through a portal of your making. However, achieving a portal kill is very tricky as it involves tricking your enemy as well. No wonder they have named the achievement “Trickster“. We will be telling you all the things you have to keep in mind while trying to get a portal kill.

Enemies will not usually walk into an opposing team’s portal, so they will have to be tricked into doing so. You can disturb an enemy while acting as bait and make him chase you into your portal or pray that an enemy mistakenly ventures into that portal. Also, make sure that the portal is on very high ground. Portals near the ground may not be that useful as the enemy has to deal fall damage. However, it depends on what portal tactics you are having in mind to bait the enemy.

Keeping all the above in mind, we can say that Olympus or Highwind is a perfect Splitgate map to get the portal kill as both the maps involve a lot of high ground. Put on your trickster hats once you are in-game, and fool the enemy with whatever idea comes to your mind. Ensure that you are not in a custom game; the achievement and portal kill will be counted only in a public game.

Splitgate Game chat not working in 2022 : How to fix it