Adopt Me Summer Sale update will be releasing in August 2021 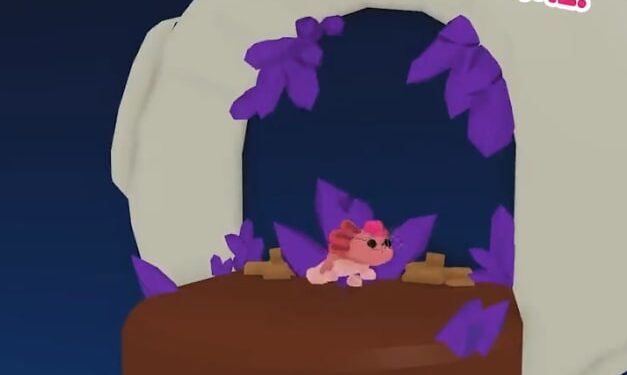 With the release of the new Mythic Egg update, Adopt Me received a total of 8 new pets in the game. However, more content is scheduled in the coming days as Adopt Me’s Summer Sale update will be released in Aug. Here’s everything you need to know.

Recently, @PlayAdoptMe posted a picture featuring all the new mythic pets in the game. However, it also included a glimpse of the highly requested Axolotl pet. It appeared in the picture that the pet was hiding on top of the red building. Well, many players didn’t notice it while some did and posted about it on Twitter. Well, that’s when we knew that Adopt Me team is planning to release the new Axolotl pet in-game. @PlayAdoptMe even teased the new Axolotl pet in a post on Twitter which made it official that the pet is going to be released. 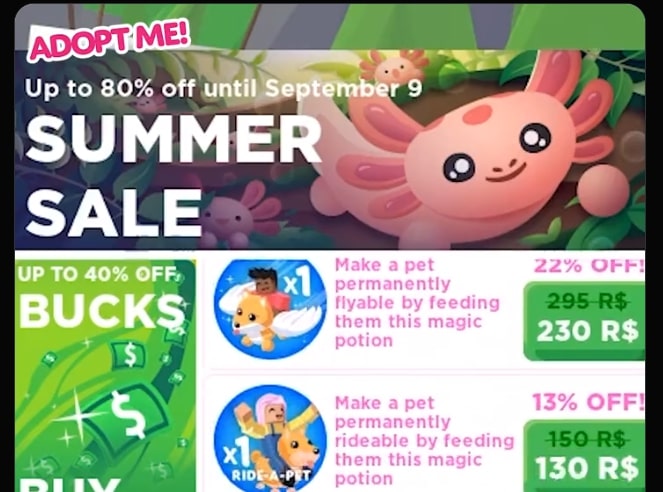 Well, it has also been confirmed that the Axolotl pet will be released with the Summer Sale Update in Adopt Me. For more details, continue reading.

Did you know another new update is scheduled to be arriving in Adopt Me? The School Update in Adopt Me will be bringing new changes to the school along with new pets as well. For more details, visit here.

The Summer Sale update will be going live on 27th August 2021 at 8 AM PT/11 AM ET/4 PM BST as confirmed officially by Adopt Me. The update will be featuring a whopping 80% discount on pets, items, and game passes. Well, the discounts will be including the new Premium Pet Axolotl which will be available at 50% off.

Other premium pets apart from the Axolotl and the Cobra in Adopt Me will be available at a 30% discount. Once the sale is over, the Axolotl along with every other pet, items in Adopt Me will be going back up to their full price. Also, 2X Bucks earning and 2X pet aging weekend will be starting along with the update and will be ending on 30th August.

How to get Survival Knife in Subnautica Below Zero