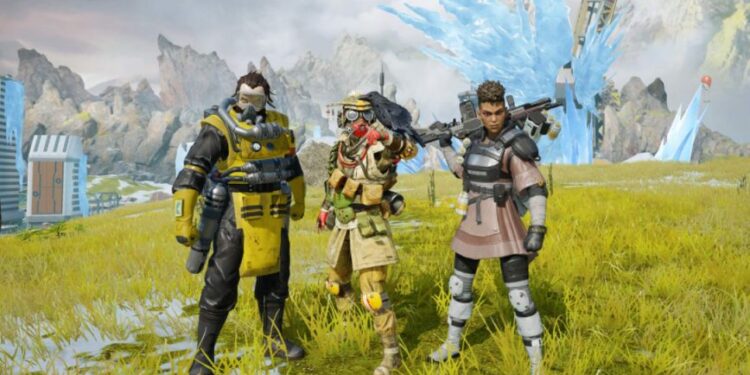 Ask for the best weapons list in a shooter video game and most of us would have a singular opinion of our own! It really depends on how you master a weapon. Mastering a gun includes studying its recoil pattern with and without powerful attachments. It’s mostly just this and also hours of in-game practice. Apex Legends is a top contender in the world of shooter video games and its upcoming mobile port will try to reserve this reputation. We say ‘upcoming’ because the game is still yet to be fully released. So, the weapons and attachments we see in Apex Legends Mobile right now are not the only ones we will see. However, for time being, we have prepared a tier list of all available weapons in Apex Mobile to date, according to our thoughts!

1) R-301 Carbine: The most-used AR in Apex Legends is also available in its mobile version. With almost no recoil to manage, R-301 Carbine becomes the best weapon for mid and close range. An R-301 Carbine is a must in the hands of a supporter or a front-assaulter. But, you will still require an extended magazine to make it the most reliable gun in Apex Legends Mobile.

2) VK-47 Flatline: An entry fragger’s favorite, as we would like to name it! VK-47’s slow fire rate is countered by its high per-shot damage. As much as you would love hip-firing with Flatline, slapping on a scope can also make it reliable for mid-range fights.

3) R99: The gun with the fastest firing rate, R99 can prove to be extremely deadly against enemies in close combat (198 DPS). However, its magazine capacity is very low – 20. Using an extended magazine becomes essential as those twenty bullets can fly out of your R99 within seconds due to its high firing rate. In situations where multiple enemies are rushing at you, R99 may not be a good choice unless you have the accuracy of John Wick!

4) Kraber 0.50-Cal: Most of us consider it to be the best sniper rifle in Apex Legends Mobile. Kraber is only available as a drop weapon; it deals an insane amount of damage even if you land a body shot.

1) Peacekeeper: Are you a shotgun person? Then, you may want to pick up the Peacekeeper. Most roles in a team will not encourage you to use a shotgun, especially in a competitive battle royale. However, if you want to defy some rules, Peacekeeper is the best shotgun in Apex Mobile with good accuracy and high damage. However, shotguns aren’t a good choice for peeps with bad aim.

2) Spitfire: Planning to take on a squad? Clutching a squad is very much possible with the best LMG in Apex Mobile, known as Spitfire. With 40 bullets to fire and a 2x headshot multiplier, you can easily take your time applying tactics and shooting your enemies down from mid or long-range.

3) Volt: Are you an SMG person? Try the more reliable and modest Volt. With an easier-to-grab recoil pattern, you can take on enemies in close range easily with a Volt in your loadout.

4) HAVOC: Another beast of an assault rifle, HAVOC can wreck ‘havoc’ on your enemies if you can control its recoil well.

5) Prowler Burst PDW: If a burst mode of firing appeals to you, the Prowler’s high damage in close range can get you a lot of kills. Burst modes can improve your accuracy compared to auto-firing. However, it isn’t a popular choice because burst firing isn’t close to the superiority of auto-firing in close-quarters combat.

1) EVA-8 Auto: Want to yield an automatic shotgun? Here’s one for you. The EVA-8 is a great shotgun for beginners in Apex Legends Mobile and can prove to be extremely useful in close combat.

2) Hemlok: Another burst weapon, Hemlok is a good choice for peeps looking for some fun at mid-range.

3) Wingman: The most superior pistol in Apex Mobile, Wingman can prove to be deadly if its yielder is capable of taking precise shots.

4) Longbow: There aren’t many choices for snipers in Apex Legends Mobile yet. Other than the deadly but rare Kraber, Longbow is the only other reliable option. Although Longbow features lesser damage than Kraber, players with a precise aim can get some pretty good snipes using a Longbow. The sniper rifle also features a high magazine capacity. You can equip 3x, 2x-4x, 4x-8x, and 4x-10x scopes on a Longbow to get those sweet long-range headshots!

5) G7 Scout: It is a marksman rifle but a semi-automatic one. Regardless, G7 Scout still requires precise aim and sniper skills to be able to destroy targets. It’s a great weapon for single-tapping enemies from mid-range but is worthless in close combat.

1) L-Star: Although its high magazine capacity can be tempting (90 bullets), L-Star features a ridiculous amount of recoil and is not a recommended weapon (LMG) for beginners. Veterans recommend using L-Star only when there’s no other option.

2) Alternator: Being an SMG, Alternator does feature a low hip-fire spread. But that’s the only good thing about the gun. There’s no reason you should pick up an Alternator over any other SMG. Alternator features a low firing rate (SMG fail!) and also an unreliable damage stat.

3) RE-45: Pistols aren’t enough to survive in a battle royale video game like Apex Legends. RE-45 is an automatic pistol, which is a good thing but still isn’t enough against automatic rifles. RE-45 should only be picked up in drop-fight situations when there’s no other weapon available at the moment.

4) P2020: No one in Apex Legends Mobile will (or should) pick up P2020 unless there’s literally no other choice. There’s no use talking about its stats because no matter what, a P2020 is entirely useless against auto and semi-automatic weapons in Apex Mobile.

In conclusion, here’s the tier list we described above in a concise form:

Being a competitive battle royale where survival is the only “rule”, we recommend picking up two automatic assault rifles to handle any kind of situation. However, being a part of a trio or duo team will trigger choosing roles in which you perform best. In such cases, picking up a sniper or an SMG can be a viable option. But it is best to avoid shotguns, pistols, or burst weapons. As the match progresses, your opponents are obviously expected to pick superior loot. If you are yielding a shotgun in the final zones, your opponents may approach you with deadlier automatic weapons. The win rate in such situations will be lesser for you! The best loadout, according to us, would be one of the following combinations:
1) R-301 Carbine and VK-47 Flatline (For Entry Fraggers and Support Assaulters)
2) VK-47 Flatline and Kraber 0.50-Cal / Longbow (for Snipers)
3) R-301 Carbine and R99 (For Entry Fraggers)

We hope this weapons guide was able to help you choose your loadout in Apex Legends Mobile efficiently! For more such guides, stay tuned to us!