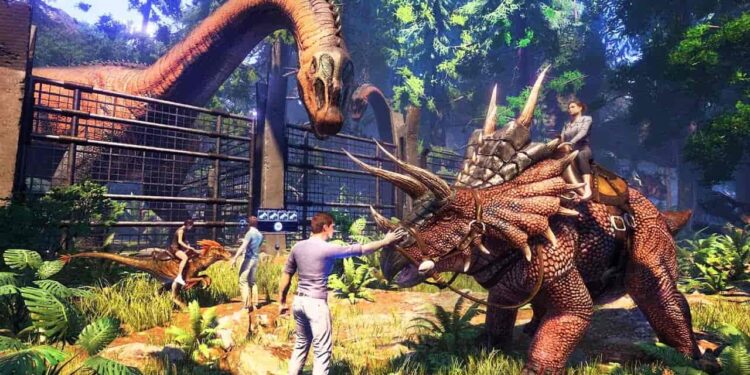 A modded creature is a must-have for any arked survivor looking for something more than a standard offering in ARK Survival. However, with dozens of options, it can be difficult for players to select the best-modded creature that can be included in the main game. Modded creatures are created by ARK fans from the community – Studio Wildcard (developers) not only supports modding but also rewards modders. In this article, we will list the top ten creature mods you can get in ARK Survival Evolved.

Also read: How many Call of Duty games are there?
Best NFT games to earn money in 2022

The Dromeosaur is a group of feathered theropod dinosaurs. They are small to medium-sized carnivorous birds that lived during the Cretaceous Period. It is a smart predator, but not particularly aggressive. Its claw has the ability to aim and cause critical damage to the prey. It lives in pairs and is found in redwoods and deserts.

This mod aims to add different types of animals to your arks, and it includes a lot of horses. If you are also the one who likes to ride a gallant horse instead of an intriguing dino then you will absolutely love this mod.

If you enjoy playing ARK Survival Evolved and are a Pokemon fan, I believe this mod is for you. Pokemon Evolved transforms the game into a Pokemon fan’s paradise by replacing all dinosaurs with catchable Pokemon. 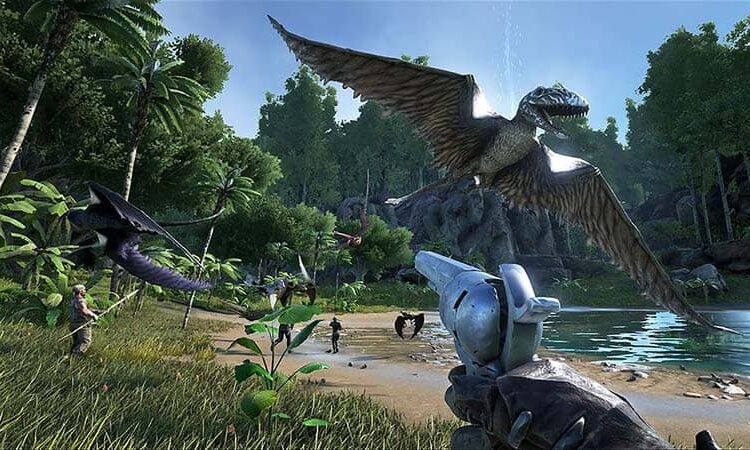 Ark Survival Evolved generally receives criticism for its punishing difficulty, but if you think the base game isn’t challenging enough, strap in and download this difficulty-boosting mod. It introduces Godzilla-sized creatures into the game. Aside from the creature itself, this update includes the necessary equipment to combat it.

Archelon is a gentle deep dweller. Archelon, with its massive and thick carapace, subsists solely on Cnidaria. Deep in the waters of the Islands, these giants are frequently found in groups with at least one other specimen. When tamed, the Archelon will only consume Bio Toxin. Baby Archelons can hatch on land, but they will die if they are not immersed in water within the first 5 minutes of life. They must remain submerged until fully mature.

Acrocanthosaurus is a fearsome carnivorous theropod that appears much larger than expected. This Dino has a vibrant color pattern that resembles a Giganotosaurus or an Allosaurus. It has a high spine for defense. However, Acros’ seem to demonstrate much stronger attacks when the target is smaller in size.

Brachiosaurus is one of the tallest creatures on the Island. Despite being a mostly docile herbivore, it can become aggressive when threatened. With a thick scaly hide and massive in size, it is difficult to defeat this behemoth. Provoking the dinosaur into this stance allows survivors to target the beast’s hind legs, which support all of the beast’s weight. With enough damage, the Brachiosaurus will collapse into a state of unconsciousness, allowing it to be tamed

Concavenator, who is usually found in groups of two or three, appears to have adopted an incredible skill in digging through the terrain in ARK Survival. They are territorial dinos and are extremely fast.

Deinosuchus has large and powerful jaws that they use to break the bones of their prey and prevent them from fleeing. Attempting to flee while under the effects of their bite can result in the death of the player or the creature. This, combined with their extremely tough hide, can make taming Deinosuchus a difficult and dangerous task.

The 10th position in the article goes to the popular fish-like creature mod. Xiphactinus is commonly found in groups, can quickly overwhelm its victims. They have been observed grabbing smaller prey with their terrifying jaws and thrashing around wildly in order to deplete their energy. When they are subdued, they will swallow the prey whole.