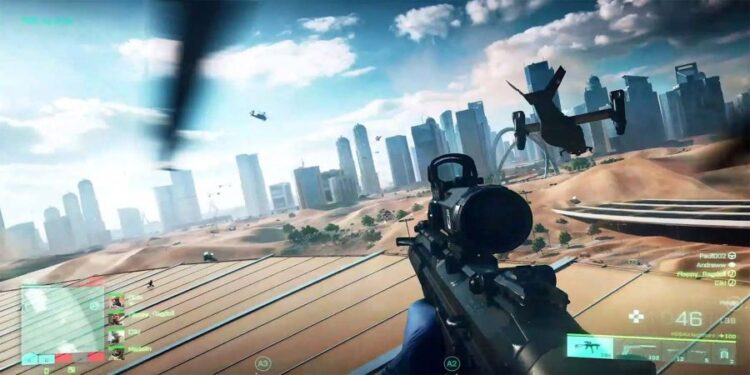 Annoyed with repeated crashes with error message DXGI_ERROR_DEVICE_HUNG in Battlefield 2042? We have just the fix you will need to tackle the error. Battlefield 2042 players are reporting a large number of concerns regarding crashes. All of them are easy to blame on server issues. But, this error doesn’t seem to have any connection with servers. Instead, the DXGI_ERROR_DEVICE_HUNG error is attributed to the GPU you are using. The much-awaited first-person shooter video game has attracted a lot of shooter game fans since the pre-load phase. And, the DXGI_ERROR_DEVICE_HUNG error was noticed during the early access phase. Although the error was noted by a community manager of EA already, we do not have an official fix for it yet. Read this article to know about a possible workaround to get rid of the problem.

The game crashes during a match, happened multiple times. But the DirectX error type stayed the same DXGI_ERROR_DEVICE_HUNG. This was the exact message of the latest crash: DirextX function ‘RenderCore2DebugHandlers.setProcessBreadcrumbsCompleteNotify’ failed with DXGI_ERROR_DEVICE_HUNG (“The GPU will not respond to more commands”).

It is tricky to fix the annoying DirectX error. The suggestion by an EA Community Manager did help out many. But, a few are still struggling to find a working fix. According to the suggestion, running a GPU at stock clock speeds will get rid of this problem. Using a factory overclocked GPU will also give the same error. So, to solve the error, you will need to underclock your GPU. Keep reading to know how to do it.

Install the Afterburner software for all your GPU customization needs. Afterburner will let you underclock your GPU (overclock too, in other video games). Download the MSI’s Afterburner from here. According to a suggestion by a player, underclocking your GPU by 130 MHz will help. But, many haven’t been able to solve the issue as yet. Some Warzone fans playing Battlefield 2042 also showed up in the thread with their suggestions. According to them, Warzone had the same kind of issue, and a patch was deployed by the developers to fix it. We are sure DICE will look into the matter and deploy a fix if needed. Till then, we suggest trying underclocking to resolve the issue for the time being.