Facing the DirectX function “GetDeviceRemovedReason” failed error in Battlefield 2042? It may sound similar to another common DirectX error Battlefield 2042 players have been facing since the Early Access started. Although the errors are similar, following the same fixes didn’t seem to help players. EA Moderators on the EA Answer HQ has advised updating the Windows Version to the latest – this has helped players facing the other DirectX Error. But, the DirectX function “GetDeviceRemovedReason” failed error seemed to have a different root cause since most players facing this issue already have the latest Windows version. Read this article to know more about the error and how to possibly fix it. 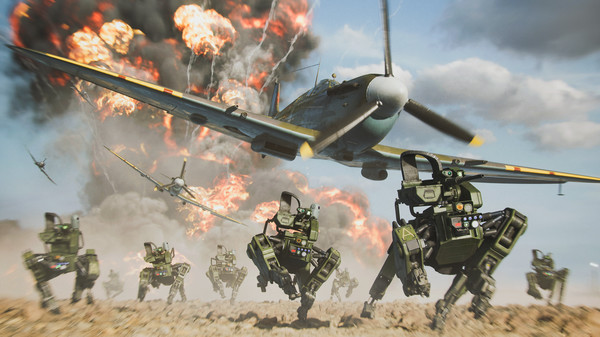 DirectX function “GetDeviceRemovedReason” failed with DXGI_ERROR_DEVICE_HUNG on 6800XT.. Same error as was reported during beta atleast a few hundred times.

Most players facing the DirectX function error have tried a lot of workarounds – reinstalling the game, running the game as administrator, updating Windows and graphic drivers to the latest version. But, none of the generic workarounds were able to solve the issue in Battlefield 2042. Players are extremely annoyed at EA Support’s negligence and casual behavior towards bug reports –

Super frustrating and the lack of acknowledgement/confirmation is equally angering. Support chat was closed with them asking me to continue monitoring the forums and the Twitter account for direct communications regarding this issue, but there’s been no formal acknowledgement of it, or statement that someone’s looking into it.

they’ve had this bug since the alpha. and every time they suggest updating windows and drivers and everyone says that doesn’t help and then the EA rep disappears forever

Is there any fix yet?

After a lot of self-research, some players could pinpoint a possible cause of the bug – overclocked GPUs. Players tried underclocking their GPUs using third-party softwares like MSI Afterburn. However, doing so reduced the number of crashes but could not get rid of the issue entirely. We are listing a few other workarounds suggested by other players. One player suggested the following-

1. Open Explorer and go to your Documents.
2. Open the Battlefield 2042 folder, then the settings folder.
3. Click on PROFSAVE_profile. Use notepad to open the file.
4. Search for this command “GstRender.Dx12Enabled 0”
5. Then change the zero/0 to one/1.
6. Save this file, and you’re done.

If the above didn’t work, and you have a GTX1080Ti, download and install EVGA PrecisionX. Now, set the power target to 90% end GPU to -50MHz. Apply the changes. This should keep the crashes away for a few hours.

All the above workarounds are just delaying the crashes – they aren’t getting rid of the DirectX function error in Battlefield 2042. You can follow this Reddit thread to know more about the situation. But, right now, we can only wait for EA to buckle up and solve the bug causing this issue. For more bug reports and workarounds, stay tuned to Androidgram!

Battlefield (BF) 2042 players can’t set keybindings for mouse & keyboard with pre-attached controller: Is there any fix yet?