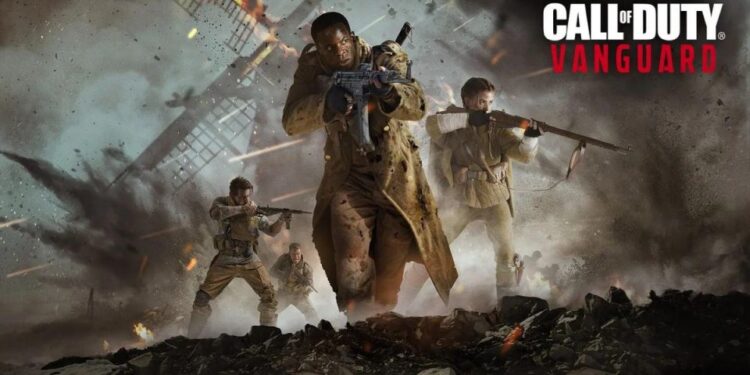 Looking for a perk guide on your favorite shooter game, Call of Duty Vanguard? We have just the guide you will need to choose the best perks in Vanguard. When we, fans, think of Call of Duty, many of the heavily popular shooter series’ unique features come to our minds. But, the latest iteration in the series – Vanguard – didn’t have a (very) good start considering user and critic reviews.

Although the game topped charts in the month of November, some reports suggest that Call of Duty Vanguard’s sales have fallen drastically. We can attribute the sales downfall to the short, bland campaign of the game, lack of innovation, and the long list of reported bugs/glitches. However, fans still love playing Call of Duty Vanguard because of its strong multiplayer support and the iconic WWII setting. Among all the new features, it is important to know the basic mechanics to be the best player in Vanguard. Perks, along with weapons and equipment, have been a part of the COD franchise since the beginning. Let’s talk about the best perks you can choose to make your game stronger in Vanguard.

As you may already know, there are three perk slots available to players. Each player can choose up to three perks in a game of Vanguard. Each perk will boost the playing character’s skills in an aspect. So, we will have to choose perks wisely. This is especially true if you play competitive matches. Perks play an important part in helping win a game, so you will need to choose them according to your team’s needs. Vanguard also features a vast number of perks – 20 – to choose from. You can choose the best perks by keeping in mind your play style and the kind of map you are playing. So, here are the best and the most interesting perks you can use in the game:

The Perk 1 Slot is quite complicated as there’s a high concentration of advantages. However, the most suggested and useful perks of Perk 1 Slot are Fortified and Survival Training.
Fortified: Choosing this perk will reduce the damage from explosives by 15%. It will also double the reduction in damage while mounted, crouched or prone.
Survival Training: Choose this perk to maximize your resistance to stun effects. You will also be immune to gas.

Also Read: Call of Duty Vanguard: Does it features cross-save or progression?

Radar: Choosing this will let you track enemy locations when they fire an unsilenced weapon.
Piercing Vision: You will be able to locate sufficiently suppressed targets for a short time, even through walls and obscuring effects. As you can imagine, this will be a very interesting perk to have when the enemy camps.

The above perks are just suggestions. You can try all the perks available and see which one suits your play style the best.