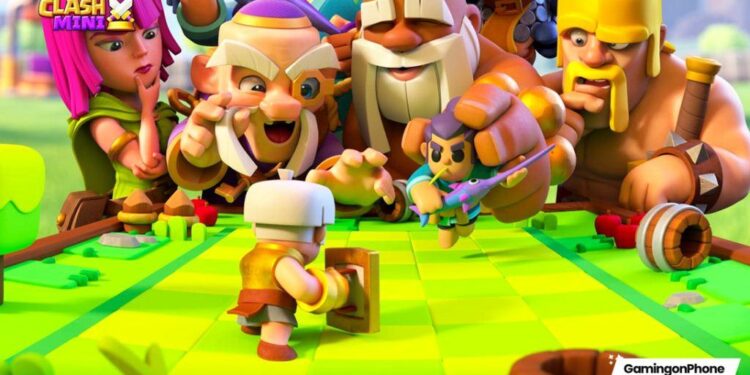 Unable to play Clash Mini? Looking for Clash Mini’s server status? Well. look no further as this article will tell you all the ways you can check the game’s server status. Clash Mini entered the beta phase back in November 2021 and is still yet to be officially launched across all countries. The beta is only available in select regions. Being an online strategy board game, it is inevitable that the game requires servers. Well, most modern video games require robust servers to load up all the player databases. And such servers are also prone to breakdown from time to time. The developers often perform maintenance and as a result, the servers may be officially taken down sometimes. You may experience issues with connecting to online multiplayer sessions just after an update or a maintenance period. At other times, server issues may be caused by bugs too.

Clash Mini is a strategy board game by SuperCell. As mentioned before, the game is still not officially available worldwide. But many fans from unsupported regions haven’t been able to contain their excitement and ended up downloading the game anyway. As it happens, players can use a VPN to enjoy playing the game, even before the official launch. But embracing the path of VPN can make the situation more prone to random error messages regarding server problems.

Many video game developers host official pages for players to be able to check the server status. But in the case of Clash Mini, there are no official ways to check the server status. In this case, the first thing you can do is check Supercell’s social media pages. The developers will surely update if something’s up. You can also ask your friends from the same region to try logging in at that point in time. If they, too, are facing similar problems, it’s probably an internal server issue that needs official attention. In that case, you will have to wait until the developers fix the issue.

If you use VPN to play Clash Mini from an unsupported region, you can often see warnings or error messages regarding ‘server problems’. In this case, you can try changing your VPN server region to a different one (should be a supported region). You can also try a different VPN service.

Unable to play the game even though the servers aren’t down? Check the following:
1) Check your network connection. It is possible that an unstable internet connection is causing the issue in Clash Mini.
2) Make sure to update the game to the latest available version.
3) Try resetting network settings on your device. Restart your device and try again.
4) Use a DNS changer service. Switch to using Google DNS, if you aren’t already using it.

Bluetooth 6.0 Release Date: When will it be available?

Red Dead Online server status: Here’s how to check it

Red Dead Online server status: Here's how to check it