Monica from Doki Doki Literature Club Plus is making her debut in the line of Nendoroids by the Good Smile Company. Read this article to find out more. 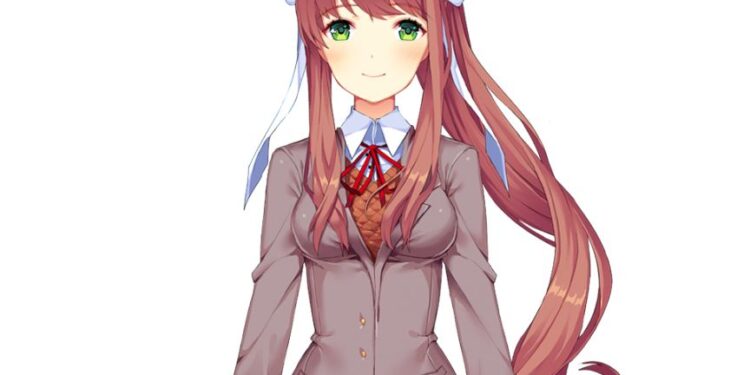 This is Monica from the Doki Doki Literature Club. And, she is soon going to be a Nendoroid! Read more to find out.

Everyone has something they love to collect! Fans of anime, video games, and movies: may I take your attendance? You all must have a huge collection of figurines representing your love. And, wouldn’t anyone? Those cute figurines are so easy to fall in love with; collecting them is satisfying too. Now that Doki Doki Literature Club Plus is here and gaining fans worldwide, our favorite, the Good Smile Company, has brought in one of the game’s characters. Yes, Monica from Doki Doki Literature Club Plus is making her debut in the line of Nendoroids by the Good Smile Company. Read this article to find out more.

Monika has very long hair that is coral brown. She ties it in a high ponytail with a large white bow. Her eyes are emerald green. Overall, a charming character! She is also very ethically strong, being a highly mature character in the game. Previously, she was a part of the debate club, which she left to pursue freedom of topics and order. Monika is also described as intelligent, confident, and athletic by her peers. A beauty with brains is always welcome.

Your drive isn't acting up, Nendoroid Monika from Doki Doki Literature Club is here debuting in the Nendoroid lineup. Stay tuned to our socials for more info soon!

If you missed our Mini WonHobby panel be sure to watch the VOD until 7/16 through AX Lite! #goodsmile #DDLC pic.twitter.com/nRnsEzMrgk

Monica is now a Nendoroid

A unique character like Monica’s is very desirable. Hence, the Good Smile Company did not waste their time and introduced Monica into their family of Nendoroids. The company announced Monica’s Nendoroid on July 3. We are sure fans of the game would be ecstatic about this idea. Nendoroids are also known to come with side features strongly connected with the character. For Monica’s character, fans might be expecting a table and a classroom background: two of the most used sets for a literature club.

We, the fans, are excited about the release of Nendoroid Monica. The Japanese Nendoroid creator should announce the release date soon. Till then, we just have to wait.