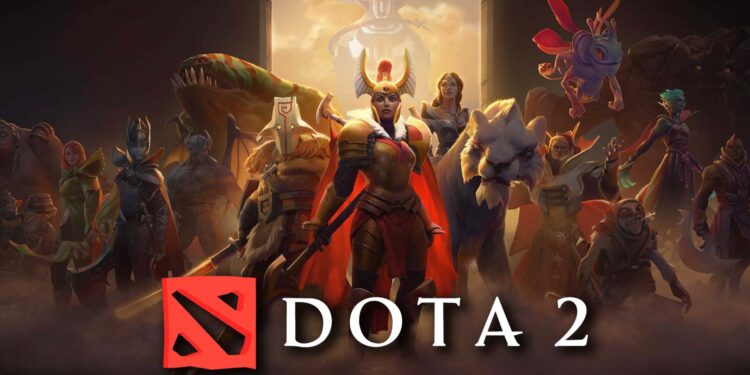 Is your Dota 2 using 100% CPU and not performing adequately? You aren’t the only one facing this issue. A lot of players have reported high CPU or 100% CPU usage while playing Dota 2. This can quickly lead to several other performance issues if not resolved. CPUs generally go 100% when an application or a game is updating. They need extra power while updating but should go back to normal after a while. But here the CPU usage does not reduce even after some time. In this article, we will help you to fix the high CPU usage in Dota 2 problem.

Dota 2 has been one of the most popular online multiplayer video games ever since its launch in 2013. Developed and published by Valve Corporation, Dota 2 is a multiplayer online battle arena video game. You team up with other players and attack the enemy’s base while defending yours. The game was a massive hit at launch and is still very popular. Dota 2’s competitive matches are one of the most viewed tournaments which showcase its extreme popularity. But the game has had several issues in the past and continues to run into issues even now. Recently, the high CPU usage problem has caused a lot of annoyance to its players. The developers are working on the issue but in the meanwhile, you can try the fixes mentioned in the article to reduce the problem. 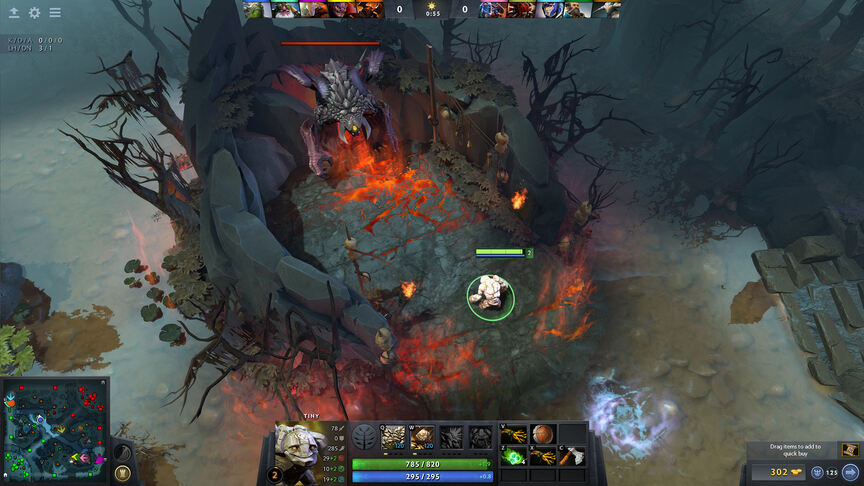 As mentioned above, there could be several issues that are causing Dota 2 to use 100% or have very high CPU usage. This is not normal but most of the time, your system should be able to resolve it automatically. But some players have been constantly facing this issue whenever they play Dota 2. The game’s launcher client sometimes misbehaves which leads to a lot of stress on the CPU. Due to high CPU usage, the system starts to heat quickly and causes throttling. This can cause harm to your CPU in the long run if the problem is not taken care of. In this article, we will tell you about some common settings which might cause this issue. Make sure to read the article till the end for all the fixes.

Most Dota 2 players with High CPU usage grievances have reported such problems after getting new updates. Well, that’s not just it – there’s also a chance that you have accidentally downloaded malware or trojan file. Dota 2’s gameplay may lag and stutter for peeps on low or mid-range builds. But it shouldn’t suddenly go haywire. If you are facing an issue with 100% CPU usage on Dota 2, there can be a few reasons why it’s happening. However, we are going to give you some known fixes that seems to have tackled this issue for a lot of players. All you need to do is follow the steps mentioned and you will most likely fix your issue as well.

1) Open Steam and go to Steam Library. Find Dota 2 and right-click to go to Properties.
2) Now in the general tab, select Set Launch Options and add ‘-novid’.
3) In Properties, select Local Files and click on Browse Local Files.
4) Once it opens the game’s directory, follow these steps- game> Dota> Panorama> Videos.
5) Here you need to either delete or move these specific files to another location. The file names are as follows:
– intro_movie.webm
– ti10_aegis_frontpage.webm
– ti10_aegis_frontpage_sm.webm
– ti10_background.webm.

If you followed all these steps, your CPU usage should drop to the normal range. If you wish to know, the above steps remove the intro movies from running when you launch the game. This helps the game to use less CPU and run lag-free. If you want to run these movies again, all you have to do is run the Integrity Check from the Properties and the game will download them again.

Some players have reported that malware processes can cause high CPU usage while playing Dota 2. In such cases, perform a full check using your anti-virus program. If you don’t see anything, delete any suspicious executables or files. You can also try clearing temp files. Another thing you can try is looking for minerd.exe file and deleting it. Here’s how to do so:
1) Go to task manager
2) Next, find “minered.exe” in the running processes list.
3) Right-click on “minerd.exe” and select Open Location.
4) Delete minerd.exe permanently.

In addition to these, make sure to update graphics drivers and Windows, play on performance mode, and try lowering the resolution. These are basic troubleshooting steps that should help.

We hope this article helped you with the Dota 2 high CPU usage issue. If you wish to know how to make a compass in Minecraft, then make sure to check this article on Android Gram. Happy Gaming.

TCL Roku TV apps not working: How to fix it?