How to make potions in Minecraft? 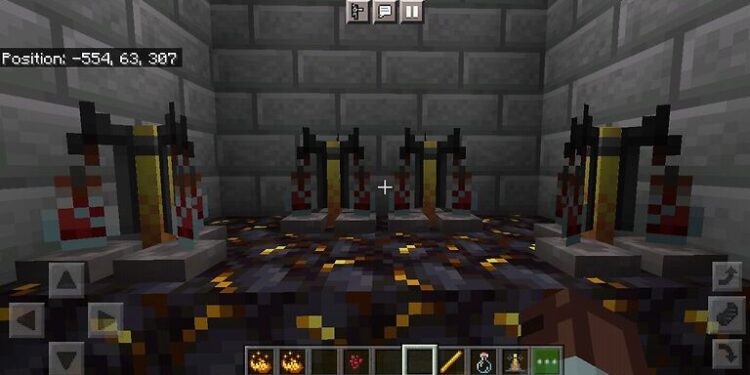 Potions are an easy way to boost your stats in Minecraft. If you too are curious about different potions in Minecraft, go through this article. Know all about potions, its recipes and effects.

Potions are one of the most overpowered items in Minecraft. A player can make up for the lack of armor or good equipment’s just by splashing a few potions down. There are more than 20 potions in Minecraft. Some have positive effects, some have negative. Using a combination of these potions, a player can tackle tricky situations easily. With potions by your side, defeating any of the three bosses in Minecraft will be a piece of cake. So, let’s take a look at how you can make potions in Minecraft.

How to brew Potions in Minecraft:

Brewing a potion can be confusing for some players. Hence, let’s take ‘Strength Potion’ as an example to learn the basic idea behind potion brewing.

‘Wither skeleton’ and ‘Blaze’ are two mobs that are only found in this structure. The mob that is important for making potions in Minecraft is the blaze. The blaze when killed has a chance to drop a ‘Blaze rod’ which is an important potion brewing material. You will also have to look for ‘Nether wart’ in the same structure. Nether wart is a renewable item that can be planted on ‘Soul sand’ (a block found in the ‘Nether’). Nether wart can be found either in one of the chests in the structure, or placed down in a corner.

Once, you have found both nether wart and blaze rods, start collecting sand. Smelting sand gives glass which can be crafted into ‘Glass bottles’. A glass bottle is also the most basic ingredient for brewing a potion in Minecraft.

Related: Minecraft Windows Edition: How to join 1.18 Beta update?
What do cows eat in Minecraft?

1) Start by crafting the ‘Brewing Stand’ which is the most essential block where all the potions will be brewed. You will need one blaze rod and 3 ‘Cobble stone’ to make the brewing stand. this will be your workstation for potion brewing in Minecraft.
2) Fill up your glass bottles with water. To do that, simply right click a water source while holding an empty glass bottle. Place 3 glass bottles in the slots in brewing stand.
3) Now, craft ‘blaze powder’ from a blaze rod, and place it in the slot that resembles the shape of ‘blaze powder’. The blaze powder acts as the fuel for the brewing stand. 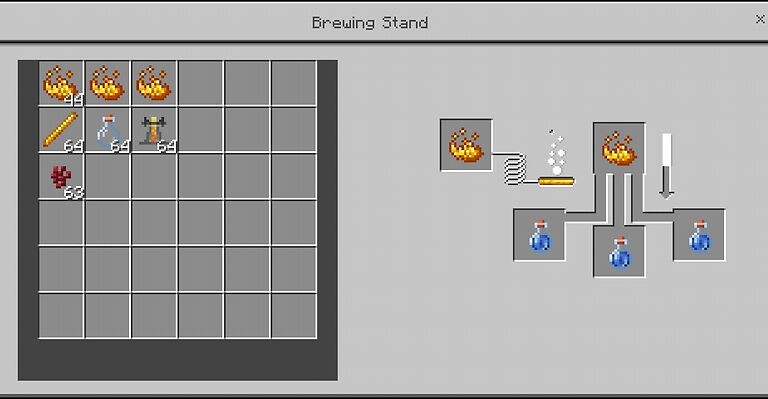 That is how a potion is made in Minecraft. After the potion is made, you have 2 choices. You can either make the potion effect last longer, or increase its power but decrease the time it lasts.

To increase the time duration on a potion, add ‘redstone dust’ to the ingredients slot. This will increase the effect duration to 8 minutes. 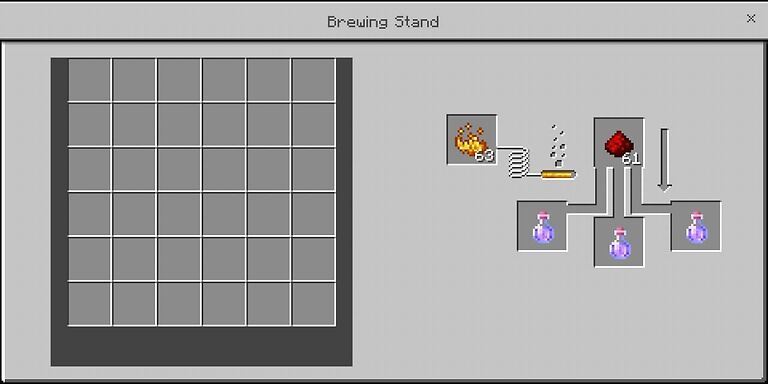 And to increase its power, add ‘glowstone dust’. This will double the stats you receive from the potion but the effect duration will decrease to 1.5 minutes. 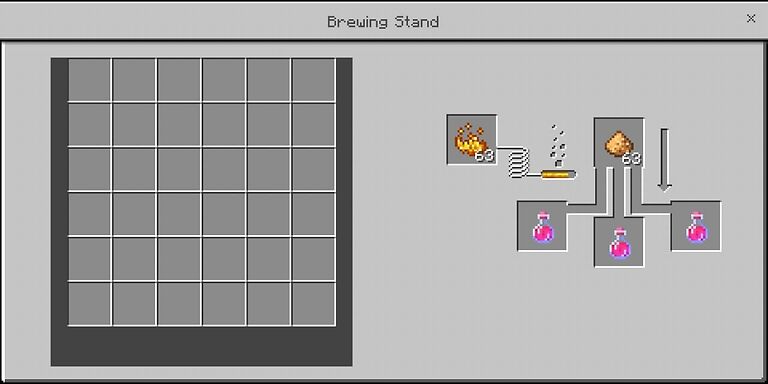 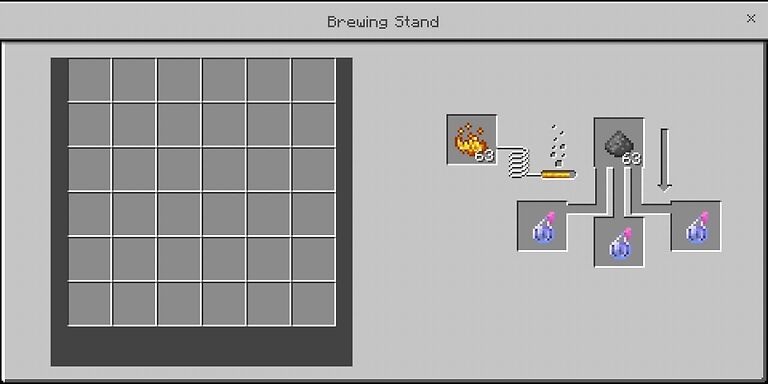 This process might seem intimidating at first which is normal. Practicing potion brewing doesn’t take very long and is very helpful in a variety of situations. This is the exact process you need to follow for all the potions in Minecraft, only changing the ingredients.

Other facts to remember:
1) Players can find a Brewing stand in a village that spawns a ‘cleric villager’.
2) Potion of ‘weakness’ is the only potion that does not require the player to brew an awkward potion. Meaning, the player can directly add the ingredient for a weakness potion without using a nether wart.