New World was released yesterday. Hence, it is quite normal that you will be facing some annoying release-time bugs in the game. So, if you cannot progress in the Amrine temple’s location, it is just a nasty bug. New World had a great launch with 707,000 concurrent players at its highest. The number of reported bugs is, however, moderate. In this article, we will talk about the Amrine temple bug that has been reported repeatedly since the launch. 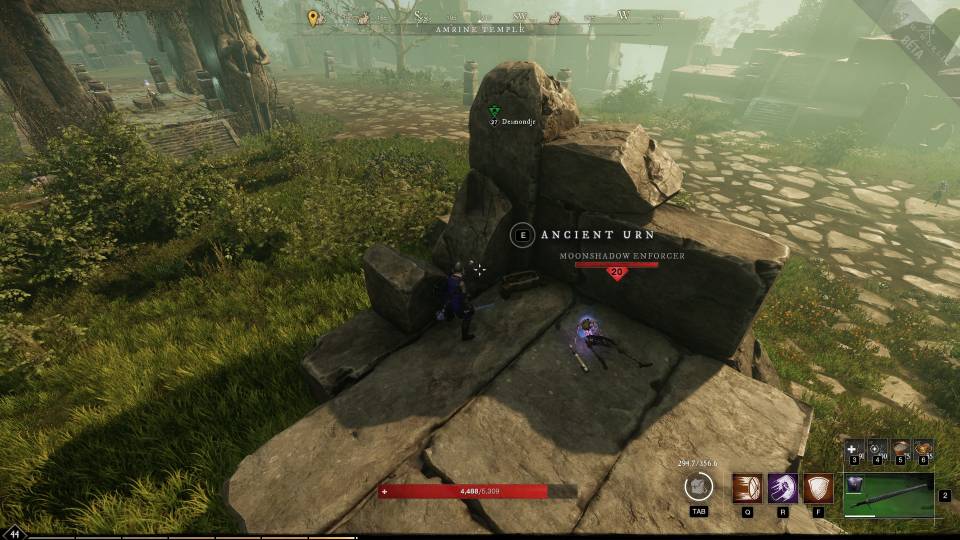 Amrine Temple is bugged in New World: Is there any fix yet?

According to a player whose character name is Dalton.Boxic, Amrine Temple is entirely bugged. When a player tries to enter the temple, the entire mob freezes. No matter how much you fire at them, they wouldn’t take any damage. Sometimes, the mob teleports among the peeps you entered with. It creates a very confusing situation. You ultimately take damage from “thin air” and die to nothing. This annoying bug is also not letting players progress on the main questline. Not only this but when the player leaves the temple, his abilities are restricted. This is only fixed by restarting the game completely. By the description of the bug, it seems like a pretty unavoidable one. But, unfortunately, it doesn’t have a fix as yet.

If you are having trouble loading or launching New World, read this article for some working fixes!

Amrine temple is unplayable, please fix asap, no one can continue the main questline

This bug is widespread, i.e., it is not restricted to one region. Some reports mentioned Canathar, while other reports mentioned “ALBUR” SA East, “Kigal” SA East, and “Ogygia” NA East. The major problem with this bug is that it interferes with the main quests. Players are annoyed as they are unable to progress in the game. And, there isn’t any official/unofficial fix to the issue yet. Amazon Games haven’t yet acknowledged the Amrine Temple bug.

Since the video game is very new, we will have to wait for an official patch to fix it. Or, even an unofficial fix will do. We hope the developers look into the matter soon and come up with a fix as quickly as possible. For more updates on New World, stay tuned.

New World Can't respawn after dying issue troubling players: Is there any fix yet?