New World had a great start yesterday. The video game became one of the most played games on Steam and that too, on its launch day. The mysterious world of Aeturnum has something for everyone. Although it is a dangerous place, it will provide you enough to carve your own destiny. Although it received a lot of good reviews and responses, players are reporting a lot of bugs too. Unable to respawn after dying in New World? Bug, it is.

Trouble with completing the quest at Amrine Temple? The number of bug reports is increasing every day as peeps wait for an official fix. Read here.

New World players are annoyed with the respawn bug forcing them to quit the game and relaunch it. Although the issue is fixed after restarting the game, players do not want to get into the login queue. Keep reading to know more about the issue. 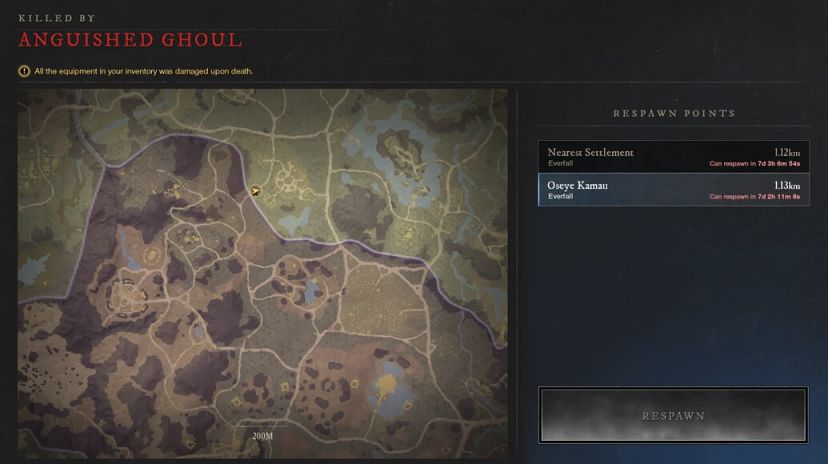 Unable to respawn after dying in New World: Can we fix this bug?

The simple answer is: No, we cannot. Bugs like this are mostly fixed upon developers releasing patch updates. Many players have reported the bug on New World’s forums. And, no unofficial fix is out yet. There is, however, a trick to get rid of the issue for the time being. You will have to restart the game. But, if the bug keeps recurring, it is painful to keep restarting the game every time. Keep reading to know how this bug is affecting players.

Soon after these reports showed up, some of the peeps came up with a solution. Restarting the game and re-logging will get rid of the bug. However, New World is now one of the most played games on Steam. Of course, there will be login queues. Reports say that most players are having to wait for a long time (sometimes four hours!) to get into the game. Players do not want to face such queues and hence, are refusing to accept “restarting the game” as a solution to the bug.

We hope the developers solve this bug as quickly as possible for players to have a smooth experience!