Here’s another bug report for players of New World! Right now, we only want Amazon Games to fix the mess as soon as possible. Like Splitgate, New World received an overwhelming response on its release date. Imagine becoming one of the most played Steam games on the day of launch! That’s success. Fans were very excited about this release. And, a lot was expected from Amazon Games this time. New World is well-made; it received a lot of good reviews from players and critics. But, it has certainly not been able to avoid the release week massacre. With bug reports pouring in from every server, the devs must take note of the situation immediately and come up with a patch.

New World has broken a few records while becoming one of the most popular games. Naturally, the video game is expected to suffer from server hiccups and extremely long queue times, especially because New World is just a day old. As expected, players are now facing an HTTP error while trying to log in to the game. It seems New World’s servers are overloaded. Keep reading to know more.

Read this article on the struggle to keep login systems stable in New World. 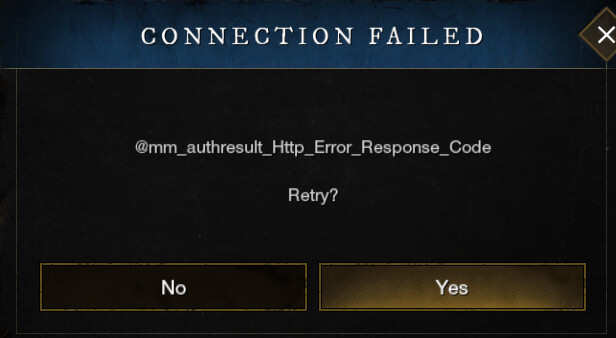 As the player base of New World continues growing, we wonder when a patch will be deployed to fix all the reported bugs as of now. Surely, it is a hard task to accomplish. We should know that the developers are working day and night to provide us a smooth experience. Well, there are cons to being overly popular, isn’t it? While players are struggling to log in to New World due to the long queue times, some other elements (like Verdant Trapper skin) of the video game are bugged too.

It is obvious from the reports that too many peeps are trying to log in to the game simultaneously. New World’s servers are not built strong enough to handle all the traffic coming in. So, the developers will have to increase the capacity of the servers to fix this mess. Although it sounds easy to us, the developers have to keep in mind many niche details before making any decisions. It’s best we cut them some slack and let them do their job. We are sure they will come up with a fix as soon as they can!