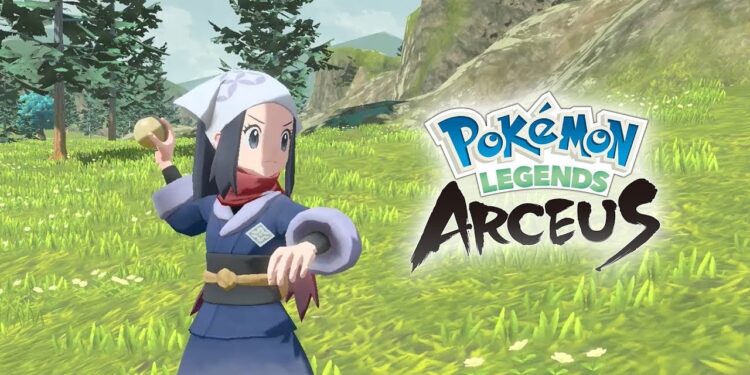 Wondering where to locate a Basculin in Pokemon Legends Arceus? Since its introduction in Generation V, Basculin lacked the ability to evolve in all Pokemon titles released until PLA. Well, you would be pleased to know that Basculin can finally evolve! But, its evolution process is certainly complicated. Basculin appears in its Hisuian form, and so does its evolution, Basculegion in Pokemon Legends Arceus.

Basculin received consent to evolve in a Pokemon game finally, but Game Freak decided to make the process a bit challenging. In this article, we will be discussing Basculin’s spawn locations in Hisui and how to capture one. As a bonus, we will also be talking about how you can evolve a Basculin into its much-anticipated evolution form.

What is a Basculin?

Basculin is a Water-type Pokemon of Hostile Category. It basically looks like an angry fish! Well, that will not stop us from wanting one of this weird Pokemon type on our team. Also, make sure you complete the tenth mission before you trying looking for a Basculin. Completing the tenth main mission of the campaign will get you Basculegion as a Mount Pokemon. However, you cannot use this Basculegion on your team or take it on battles. You can only add a Basculegion to your team if it evolved from a Hisuian White-Striped Basculin.

How to catch a Basculin and where is its spawn locations?

A Mount Basculegion will help you swim across rivers and reach the location of Basculin spawns. Another thing you need to keep in mind is that Basculins are very timid creatures. You will need to approach them very slowly and quietly or else they will definitely flee the scene. It is a good idea to keep Bean Cakes and Smoke Bomb items handy. Smoke Bombs make Basculins lose their ability to see and Bean Cakes keep them distracted. Once you see a unsuspecting Basculin face away from you, pick out a Poke Ball and throw to capture it!

Wondering where Basculin spawns? Here is the list of Basculin’s locations:
1) Tranquility Cove and Islespy Shore of Cobalt Coastlands
2) Fabled Spring of Coronet Highlands
3) Lake Acuity and Heart’s Crag of Alabaster Icelands
While you are at it, make sure you capture a white-striped Hisuian Basculin. Only then can you evolve it to Hisuan Basculegion.

Evolve a Hisuan Basculin into a Basculegion in Pokemon Legends Arceus

As mentioned before, completing the tenth main mission will get you a Basculegion that you can ride. It will also unlock your ability to swim across rivers or any water body. However, you cannot take a Mount Basculegion to battles. In order to unlock a Basculegion for your Hisuian Pokedex or team, you will need to evolve a Hisuian White-Striped Basculin. Once you have the required Basculin, you will need to expose your Basculin to 300 recoil damage. Yes, this evolution is weird!

Follow these steps:
1) Take your Hisuian White-Striped Basculin to battles against other Pokemons. This will help level up your Basculin and learn Wave Crash (at Level 34).
2) Now, take Basculin to battles against weaker Pokemons (Ground and Rock types will do!). Make Basculin fight until it receives 300 recoil damage. While doing so, make sure Basculin doesn’t faint.
3) Once Basculin receives enough recoil damage, open up the Pokedex menu, select Basculin’s icon and choose to Evolve.

That’s it – you will now have the powerful Hisuian Basculegion on your team!