Pokemon Legends Arceus (PLA): How to evolve Petilil into Lilligant? 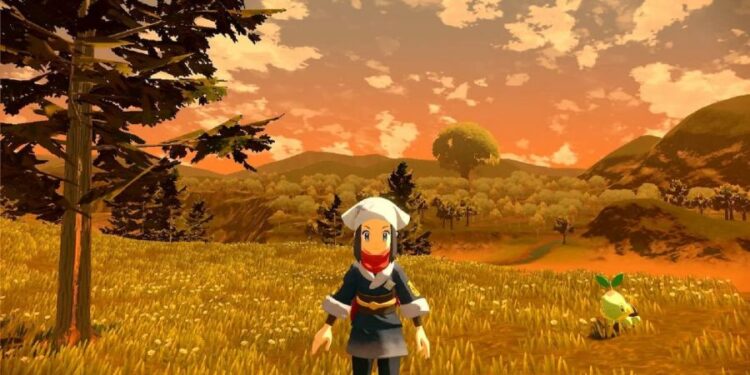 Among all the leaks, here’s a confirmed Pokemon in Legends Arceus – Petilil. It is an adorably small Grass-type Pokemon that will appear in and around the Hisui region. However, its popular evolution is not yet confirmed for Legends Arceus. Pokemon Legends Arceus is all set to release tomorrow, that is, January 28. However, some fans were able to themselves a leaked copy a couple of days back. The result? We now have to deal with annoying spoilers, which were absolutely uncalled for!

Pokemon Legends Arceus is going to be an action role-playing game by Game Freak, Nintendo, and The Pokemon Company. It is based out of the Hisui region, which will eventually be known as the more popular Sinnoh region. According to the game’s creators, Legends Arceus will be showcasing an ancient world when people and Pokemons didn’t co-exist. The latest Pokemon title was supposed to introduce us to the mysterious lands of Hisui, but spoilers have already ruined the experience for many.

Petilil will be appearing in its original form on Pokemon Legends Arceus. Reports suggest that trainers can locate this quaint and cute Pokemon in the Crimson Mirelands area of Hisui. To be specific, explore near the river bank to the northeast of Holm of Trials (named location in Crimson Mirelands) to spot a few Petilils running around for you to catch.

How to evolve Petilil to Lilligant in Pokemon Legends Arceus?

To evolve Petilil to Lilligant in Pokemon Legends Arceus, you will need Sun Stone. The exact process to find Sun Stone in the game is still unknown. However, you can collect rare and everyday items by breaking rocks and also by digging in special locations. Here’s how you can evolve Petilil to Lilligant:
1) Open up your Pokedex menu.
2) Select the Sun Stone icon under Everyday Items and then select Use.
3) Now, select Petilil’s icon on the right.
4) That’s it. Your Petilil will now evolve into Lilligant.

Discovery Plus Not Working On Roku: Fixes

How To Turn Off HDMI ARC/eARC On Amazon Fire TV?

How To Turn Off HDMI ARC/eARC On Amazon Fire TV?