Are you on WiFi and expecting a smooth gameplay experience every time? Well, that might not be the case with Pokemon Unite. The game was released on the Nintendo Switch Platform yesterday (July 22). Ever since its release, the game has received a good amount of traffic. Fans are excited about the launch week free gifts offered by Pokemon Unite especially the legendary Zeraora. 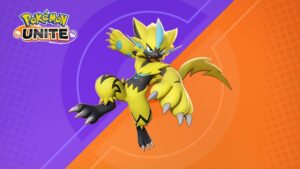 WiFi issues are common in mobile and switch based games. There may be a lot of reasons as to why this error appears. It may be due to permission issues, network issues, or may even be a device issue. Since Pokemon Unite hasn’t yet released on the mobile devices platform, we can understand that the WiFi issue is limited to Nintendo Switch.

Looking at users’ posts and comments on the official Reddit community page of Pokemon Unite, we can make out that users are pretty disturbed with the WiFi problem. One of the users’ post said that even after several tried, the game keeps showing a network issue message. The user is confident that there is no issue with her internet as she has tried running other games on the same network without facing any issue. She has tried troubleshooting the issue on her own by re-installing the Pokemon Unite game, restarting the Switch an restarting her router. She also tried using a different account to log in. But nothing seemed to work.

Several comments on the above post said similar things. A few comments, however, had fixes to this issue. The fix is pretty simple: Use Mobile Data. Turn another mobile device into a hotspot and use it on your Switch for internet. This fix seemed to work for all. But this is a temporary fix for most, as maintaining mobile data for one game is costly. There’s no other working fix to this issue. The fact that its running on mobile data hotspot but not on WiFi is very strange. It also says that it is a router issue and it’s certainly related to permissions. So, one can certainly try resetting their router to factory settings. This may fix permission issues and you will be able to play Pokemon Unite again.

Also, if you want to play Pokemon Unite on PC, check out this article.

Please try all the above fixes and play Pokemon Unite! If you feel this issue is unbearable, please send a support ticket to the Pokemon Unite team so that they can put out an official solution to this.