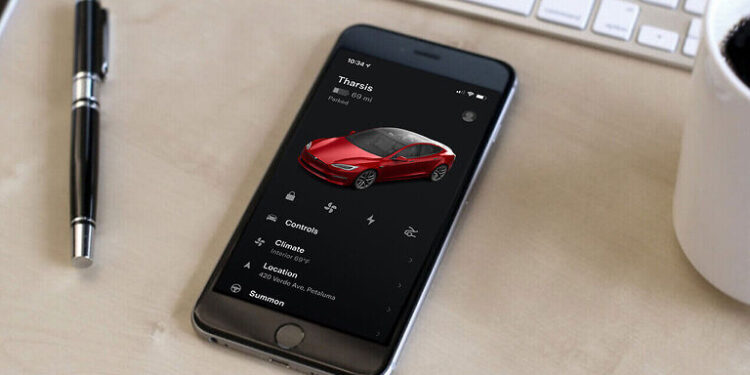 Remote connectivity is often a sought after feature for any service. Tesla brings this to their cars so that users can easily access some of their car features right on their phone. Many pet parents can leave their pets in the car and monitor them on their phone. All of this is made possible using the Tesla App. The Tesla app is basically a companion app that facilitates various accessibility features for a Tesla car. Many Tesla users depend on the app to lock or unlock their car from a distance. So naturally, a problem with the Tesla app will affect the majority of Tesla owners. This can be seen in effect with the Tesla App 500 server error.

This error was a huge issue for almost all the Tesla app users around December, 2021. But Tesla was able to fix the issue after some time. Since then there haven’t been reports of the error showing up. However, users might need a plan of action for the next time the error 500 shows up on the Tesla app. For that, you can read through the rest of this article.

Related articles: Tesla Vehicle Connection error : How to fix it
Tesla app not connecting in 2022 : Here’s how to fix it ?

The Tesla app error 500 is caused by a server outage. Under any circumstance, troubleshooting your device will not fix a problem with Tesla servers. Hence, the best thing to do when faced with the error 500 is to manually access your car. You will not be able to use the app for some time anyways. A server outage is usually caused due to a sudden rise in user traffic. And once that comes down to a normal amount, the servers will be back in action and you can freely use the Tesla app without worrying about the error 500.

A few things I would recommend doing while you wait is to visit Tesla community forums online. You will get to know what other users are going through and get real time updates about the outage. The r/Tesla or r/TeslaModel3 can be helpful in interacting with Tesla owners. If you don’t use Reddit, you can also visit Tesla’s official Twitter account. Tesla will be quick to inform its users about the problem through a Twitter post. Once the servers are running again, you can go back to using the app as usual.