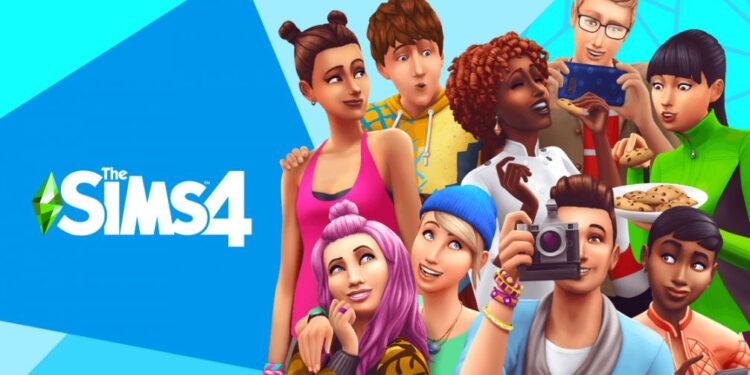 We are always very impatient about food deliveries. Well, at least I am. Imagine that you order food from your favorite restaurant and the delivery boy knocks on your door with the food within time. You get excited and open the door to take the food. But, for some reason, the delivery boy won’t give you your food. They just won’t! I would be devastated in that situation and pretty sure, most of you would be the same. The Sims 4 is going through a similar phase. Players are not able to get their food delivered from the Zoomers Food Delivery Service. To know more about the issue, continue reading this article.

Zoomers Food Delivery not working in The Sims 4

So, the Zoomers Food Delivery bug is very annoying! The player orders food from the Zoomers Delivery Service. The delivery boy will arrive on time at the doorstep and ring the bell. But, you wouldn’t see any food bags on him. And, when you accept the delivery, the Delivery Sim will just freeze there. Neither will you be able to interact with him, nor will you get your food. And, he will just stand on your porch and not go home either. Users have blamed the patch right before Cottage Living Expansion Pack was released. 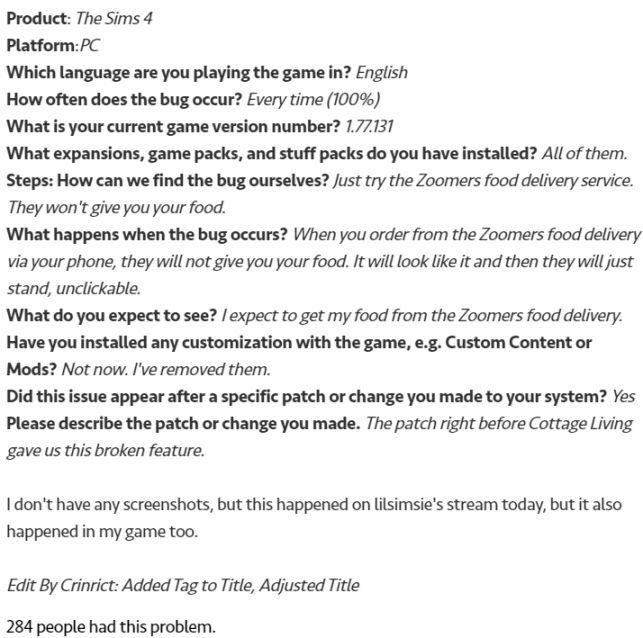 Players are frustrated with the issue and have reported in the EA forums about this issue. One user has predicted that it could be a jump bug. The Sims 4 is a real-world simulation and hence, it runs on numerous behavior scripts. If one of those scripts gets an error, it can interrupt the game and can render some interactable objects and Sims unusable. When a jump bug occurs, your sims will “snap” or “jump” to their default pose, which is standing upright, arms at their side, and idling.  After that, all your queued behaviors are canceled.

Is there any fix?

Users have tried all sorts of general fixes like restarting the game, reinstalling the game, deleting mods but nothing seemed to work. One user also pointed out that the pizza delivery service is also glitched. You will be able to receive the pizza, but after that, the delivery sim will just freeze. You won’t be able to tip him, interact or send him home. Basically, the delivery sims become unclickable!

If you are facing the same issue, we request you to report the bug here.

Looks like this bug is going to stay until the developers come up with a fix. Players could do with a hotfix as well. We hope the developers have noted the problem and are working on it!