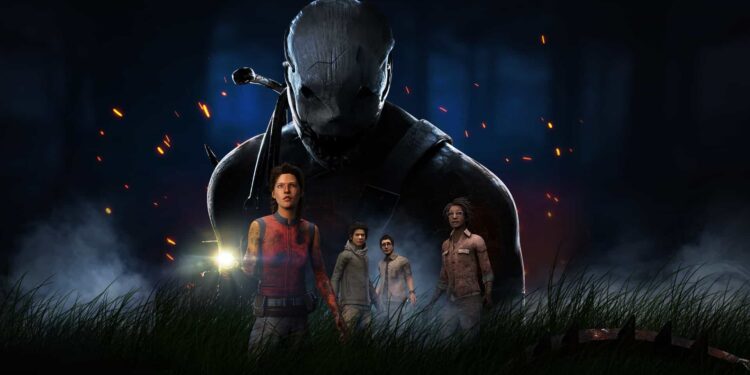 Dead by Daylight’s Chapter 21 is scheduled for release on 7th September so it is just a matter of hours before the update is released for the game as of writing this article. So, we got some interestingly new cosmetic leaks for Chapter 21 of Dead by Daylight. We will be sharing all the necessary details about it in this article. Continue reading to know more.

Chapter 21 of DBD aka the Hellraiser Chapter is releasing in a few hours featuring the infamous Pinhead from the Clive Barker movie as a killer. Well, back in August, it was speculated that the Pinhead character will be getting a total of 2 skins where one being a legendary skin costing around 1485 auric cells and the other costing around 1080 auric cells. This has become a reality as @DBDLeaks posted on Twitter sharing all the details of the cosmetics featured in Chapter 21 of DBD. 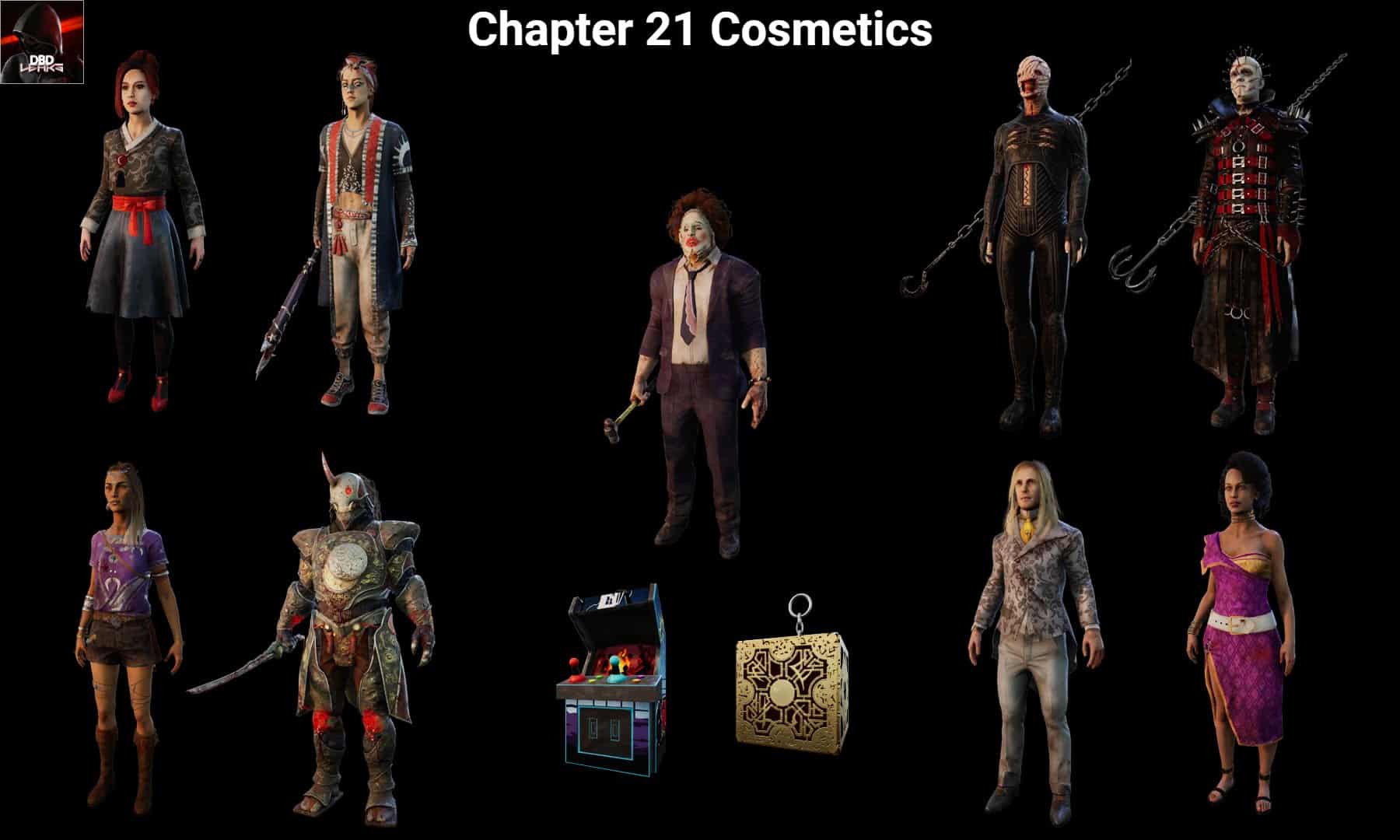 So, in the recent tweet by DBDLeaks, it has been leaked that the legendary skin for the infamous Pinhead is going to be the Chatterer which is by far one of the most iconic Cenobyte, next to Pinhead. This skin will definitely lure a lot of players. The skin is speculated to be available for purchase for a total of 1485 auric cells. But, without any confirmed update, we can’t really say for sure if the prices will match. Here’s the list of all the skins that are leaked by DBDLeaks coming in the Chapter 21 update:

So, these are leaked skins that are expected to be coming in the new update. However, not all the skins will be available on 7th Sept. Every skin has a specific release date and players will only be able to purchase the skin after their specific release dates. More information is revealed in this image. 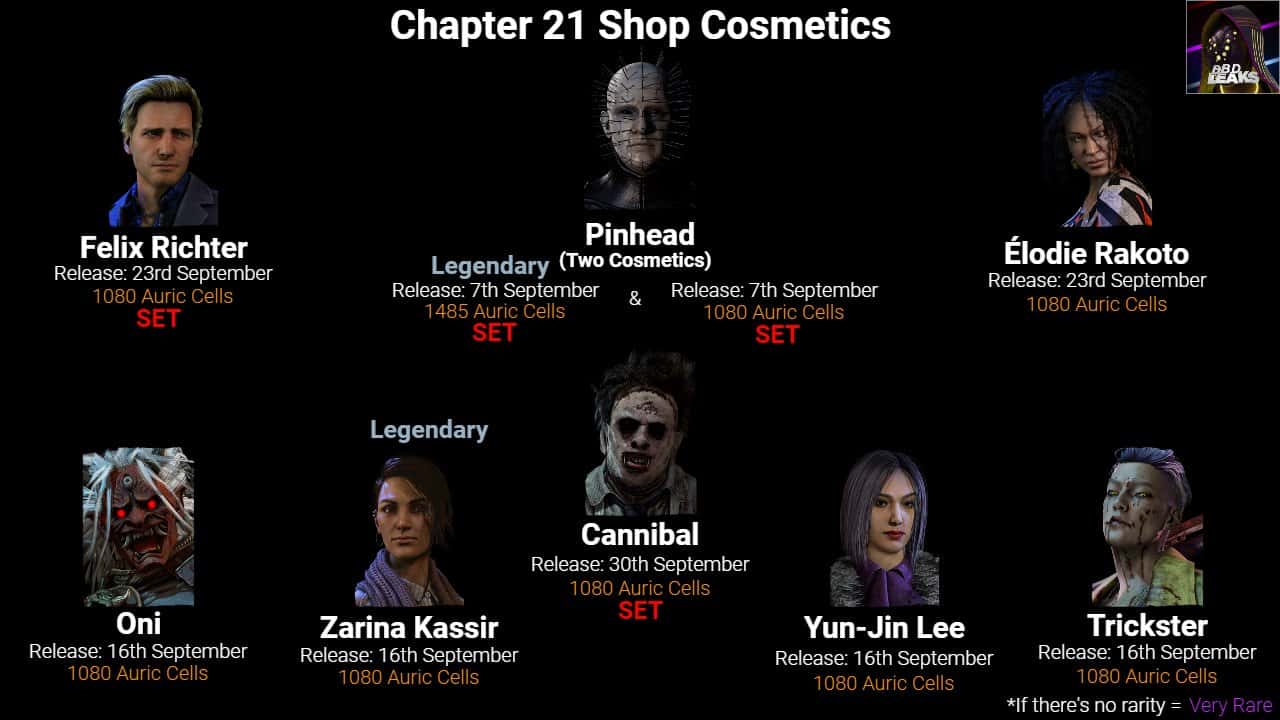 Also, the Gideon Meat plant along with the Blood Lodge is going to be activated on September 7th in DBD. However, Dead Dawg Saloon will not be available until the 14th of September. 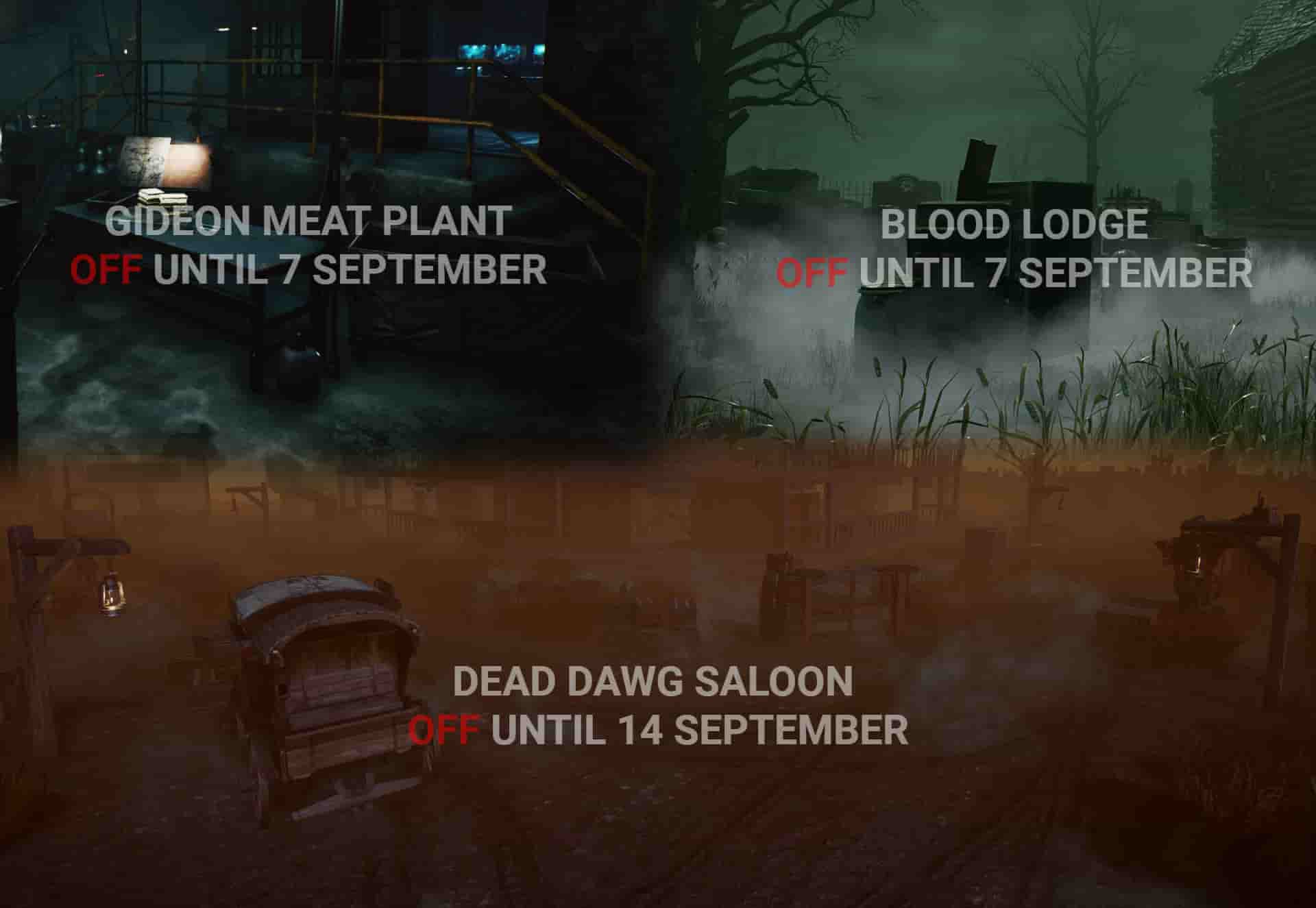 Well, as of now, there is no official confirmation about the cosmetics featured in Chapter 21 of DBD along with their release dates. But, @DBDLeaks are quite accurate with their leaks so the skins are very likely to be included in the update.